Liga 1 (English: League One, BRI Liga 1 for sponsorship reasons with Bank Rakyat Indonesia) is the men's top professional football division of the Indonesian football league system. Administered by the PT Liga Indonesia Baru (English: New Indonesian League, LLC), Liga 1 is contested by 18 clubs and operates on a system of promotion and relegation with Liga 2.

Top-flight professional league started in Indonesia from the 2008–09 season onwards. Prior to the 2008 reforms, the national competitions used a tournament format. Liga 1, which started in 2017, is the latest rebranding of the league.

Thirty-six teams have competed in the top-tier league of Indonesian professional football, which has gone through multiple rebranding. Eight teams have been crowned champions, with Persipura Jayapura holding the record for winning the national title three times (2009, 2011, 2013). Persipura in 2009 also topped the inaugural version of the league, known as the Indonesian Super League until 2015.

In 1994, PSSI merged teams from Perserikatan, which was a popular league for amateur clubs representing regional football associations, and Galatama, which was a less popular league made up of semi-professional teams, to form Liga Indonesia, integrating the fanaticism in the Perserikatan and the professionalism of Galatama with the aim of improving the quality of Indonesian football. This effort ushered in a tiered system in the Indonesian competitive football scene. The group stage format, which was used in Perserikatan, was combined with a full competition system followed by semifinal and final rounds like Galatama.

As the football scene in Indonesia is heavily politicized with rival factions upending each other, conflict was the norm prior to 2017. The worst conflict occurred in 2011. After the inauguration of the new PSSI board in 2011, a member of PSSI's Executive Committee and chairman of its Competition Committee, Sihar Sitorus, appointed PT Liga Prima Indonesia Sportindo as the new league operator replacing PT Liga Indonesia because the latter failed to provide an accountability report to the PSSI. Sitorus, one of many politicians in the PSSI, announced the Indonesia Premier League as the new top-level competition in Indonesia. Upon the emergence of Liga Primer Indonesia (LPI), PSSI did not recognize the validity of ISL. ISL regulars PSM, Persema, and Persibo, which had boycotted the ISL operators due to referee and management decisions, gladly defected to join LPI along with splinters of existing ISL teams. However, the 2011 LPI season was stopped mid-season, due to continued schism within PSSI; a new league, Indonesian Premier League (Liga Prima Indonesia, IPL) replaced it in late 2011 for the 2011-12 season.

Before the schism of PSSI, Sitorus triggered more controversy when he said the new competition would be divided into two regions and there would be an addition of six clubs in the top division, which angered many association members. Thus, 14 teams that supposed to be Indonesia Premier League contestants chose to support the Indonesia Super League that continued to roll under the support of the pro-IPL faction, despite being labeled as an illegal competition. The official PSSI, supported by FIFA and AFC, did not recognize the ISL for two seasons. In the meantime, the Indonesian Premier League became the top-tier league from 2011 to 2013 with only 11 teams.

In a PSSI extraordinary meeting on 17 March 2013, association members slammed Sitorus and decided that the Indonesia Super League would once again emerge as the top-level competition, following the disbandment of the Indonesian Premier League. Sihar and five other PSSI board members were suspended from the sport for their roles in the split (locally referred as dualisme, "dualism" in English) that disrupted Indonesian football.

The new PSSI board also decided that the best seven teams of the 2013 Indonesian Premier League, following verification, would join the unified league. Semen Padang, Persiba Bantul, Persijap, and PSM passed verification, while Perseman, Persepar, and Pro Duta did not, meaning the 2014 season was contested with 22 teams.

The impact of split haunted Indonesian football years after the reconsolidation. On 18 April 2015, Minister of Youth and Sports Affairs Imam Nahrawi officially banned the activities of PSSI after PSSI refused to recognize the recommendations from the Indonesian Professional Sports Agency (BOPI), an agency under the ministry, that Arema Cronus and Persebaya should not pass ISL verification because there were still other clubs using the same name. Previously, Nachrawi had sent three letters of reprimand. However, PSSI refused to answer his call until a predetermined deadline. As a result, PSSI officially stopped all competitions in 2015 season after PSSI's Executive Committee meeting on 2 May 2015 called the government intervention as a force majeure.

The government intervention also led FIFA to punish Indonesia with a one-year suspension of all association football activities as the world body considers overbearing state involvement in footballing matters as a violation against its member PSSI.[10] During the suspension, some tournaments were made to fill the vacuum, starting with the 2015 Indonesia President's Cup, in which Persib came out as champions, until the Bhayangkara Cup closed the series of unrecognized tournaments.

On 13 May 2016, FIFA officially ended the suspension, following the revocation of the Indonesian ministerial decision on 10 May 2016.[11] A long-term tournament with full competition format, Indonesia Soccer Championship, emerged shortly thereafter. The 2016 season saw Persipura taking the title.

In 2017, the top-flight football competition was rebranded under a new official name, Liga 1. The name changes also applied to Premier Division (became Liga 2) and Liga Nusantara (became Liga 3). The operator of the competition was also changed from PT Liga Indonesia (LI) to PT Liga Indonesia Baru (LIB). Bhayangkara is the first champion of the competition under the new name. True to the controversial nature of Indonesian football, the crowning triggered flak from fans. Bhayangkara, a team managed by the Indonesian Police that had no fanbase, won due to head-to-head advantage against Bali United, a team with rapidly growing support due to its modern professional management, after both teams had the same points at the end of the season. Bali United finally won the title in 2019.

There are 18 clubs in Liga 1. During the course of a season each club plays the others twice (a double round-robin system), once at their home stadium and once at that of their opponents', for 34 games. Teams receive three points for a win and one point for a draw. No points are awarded for a loss. Teams are ranked by total points, then head-to-head records, then goal difference, and then goals scored. If still equal, a drawing held to determine which clubs is above the other. The three lowest placed teams are relegated into Liga 2, and the top two teams from Liga 2, together with the winner of third place play-off involving the loser of Liga 2 semifinals, are promoted in their place. 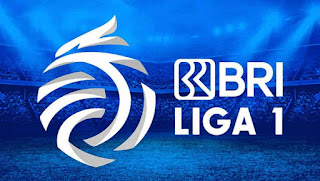